First Novitiate of the Missionaries of Africa

150 years ago, the first Novitiate of the Society of Missionaries of Africa opened with 12 candidates.

'After contacting various Congregations, Lavigerie decided to entrust the training of this first group to the Jesuit Fathers. Consequently, the first novitiate opened on the 19th October 1868 at Maison Rostan, near the Ben Aknoun Orphanage, Algiers. It was the first novitiate of the future Society of Missionaries of Africa. A small group of candidates then joined the first three who were already there and Father Vincent, Novice Master, found himself in charge of twelve novices. In the course of the year, departures and dismissals seriously reduced this small number; only four completed the year of novitiate: Charles Finateu, Léon Bouland, Félix Charmetant and Francisque Deguerry.' (Excerpt from Jean-Claude Ceillier's book 'Histoire des Missionnaires d'Afrique', p. 43.) 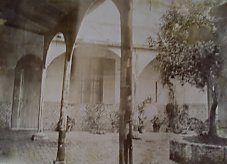 Father Vincent with external and interior views of Maison Rostan (very old: from the Generalate Archives )

The Clothing Ceremony took place in a very simple little chapel near Notre Dame d'Afrique Basilica. This was followed by the promulgation of Provisional Constitutions on the 2 February 1869 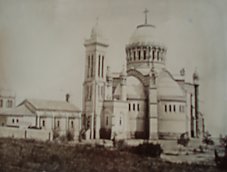